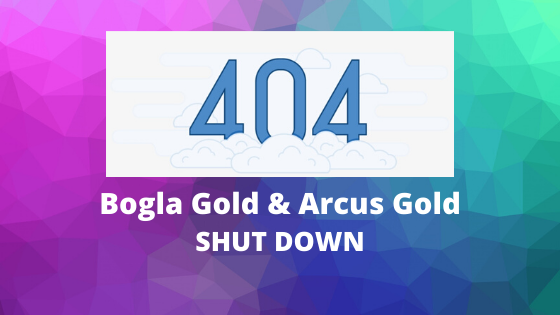 As everyone probably knows by now - Arcus Gold and Bogla Gold (owned by the same person) shut down late 2019 under mysterious circumstances. One day - their website was up and all operations were active - the next everything was shut down. You may be wondering what does this even mean for the Runescape and OSRS real world trade industry - this post aims to answer that question.

What happened to Bogla Gold and Arcus Gold?

Boglagold and Arcusgold have been shut down by Jagex and their domains transferred to the same registar that Jagex uses. It is safe to say they are gone for good.

What do we know?

Both Jagex and the owner of Boglagold and Arcusgold have been pretty tight lipped about the actions that transpired prior to the gold sites demise but we did get some information straight from the source.

A Jagex mod actually commented on this situation on their forums stating “We have this year been building legal cases against the owners of a number of gold-selling sites that are causing damage to the community and our games. In the last few weeks, these efforts have been rewarded, and we’re happy to report that the owner of Arcus Gold and Bogla Gold has signed an undertaking to cease all operations. Both sites are now down - a good result for the RuneScape and Old School RuneScape communities.”

This comment leads us to believe that one of 2 things occurred - Bogla / Arcus gold finally slipped up and infringed on Jagex’s Intellectual property or Jagex just gave them a settlement offer that was too good to refuse. We are leaning closer to the first option but we shouldn’t disregard the second since it has been proved that selling OSRS / RS3 gold is not illegal.

Where should I buy my gold now?

Now that Boglagold and Arcusgold have been shut down - many smaller sites with lower reputation have been trying to gain their market share. Many of these sites are also scamming their users and should be used with caution. BoglaGold has also been targeted by a Phishing scam site which has reportabley scammed well over $1000 USD from unsuspecting buyers.

The safest place to buy your gold are sites that have been around for a long time and have built a lot of reputation. One such site is ours - RunescapeGoldMarkt - which has been in business for well over 10 years and has completed tens of thousands of orders over the years.